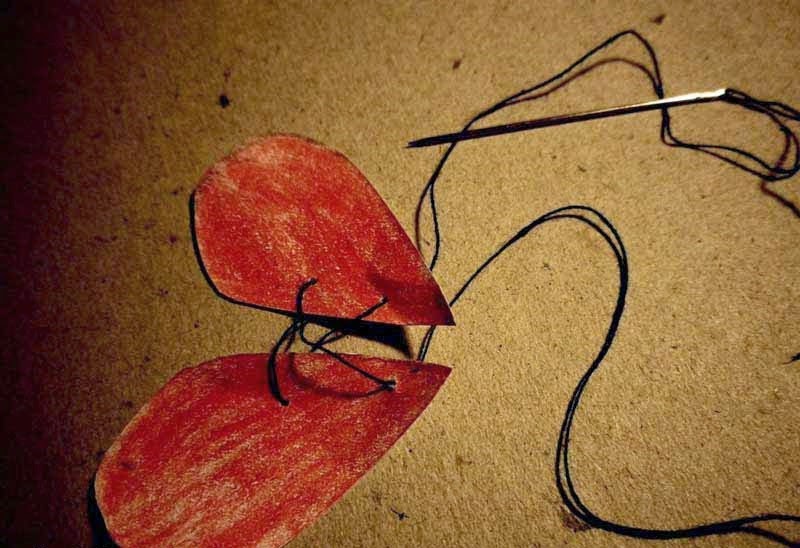 Isabel was the one for me, but for some reason she chose Henry. It took several years to get over her hypnotic eyes, her luscious voice, and her seductive laughter; in the end I chose to be Henry’s best friend and Isabel’s occasional lover.  Things didn’t unravel as I had hoped, but as we matured into the morally-gray individuals that we have become, I found our relationship to work for us. Henry was unaware, Isabel loved me, and I lived in poetic misery.

After almost fifteen years of our extramarital affair, Isabel finally decided to leave Henry. The news was shocking not only because she was leaving Henry for another man but also because of what Henry said next.

“You have to help me make her disappear.” Henry was breathing heavily across the diner booth. “She’s leaving me for some Spanish model, and unless I give her everything she wants she is going to go public with-”

“No.” I interrupted, my voice dashed with disbelief.

“Wait, maybe I can talk to her and make her change her mind.”

“James, she is not the same girl she was when we were in college. Twenty years and millions of dollars will change a woman.”

“But she would be incriminating all three of us. She would be found guilty of accessory to murder. Even if she proved the asshole raped her, she had a motive for premeditated murder.”

“I’m not so sure anymore.” The scowl on Henry's face and his averted eyes made my stomach churn. Could she have lied to us back then, when she was just nineteen? No. She wouldn't have lied, not back then. The guy deserved it.

Henry slammed his fist on the table, “If she thinks she can take everything that I have worked for my whole life and spit on it,” Henry noticed a young couple in the next booth and lowered his voice, “she’s already dead to me.”

In a split second I thought of all the moments Isabel and I spent making love on my bed with the windows wide open to the view of the Hudson River; all the times she gasped “I love you” as she reached ecstasy; all the promises of a long life of passion so long as Henry did not find out; everything we had crushed by Spanish pretty boy. How long has she betrayed me? How long has she led me to believe I was her soul mate?

I suddenly felt the weight of her betrayal on my shoulders and I slumped in my seat. It's plausible for her to have lied to us back then. It was the beginning of a river of lies that ran for more than twenty years. Even my lie isn't as bad as hers. No one died because of me.

Henry rubbed his furrowed eyebrows into relaxed arches and looked at me with fortitude. “You have to help me kill her. I’ll owe you a big one.”

I nodded - there's only so much misery a man can take. “What’s the plan?”

I take a minute to turn the key to my apartment, standing there with my back towards Isabel, hiding the disgust on my face. I don't want to give her the satisfaction of my pain.

When she puts her hand on my back, I flinch and open the door.

“James, darling, you have to understand how hard this is for me.” Isabel purrs.

“For you? I had to hear it from Henry!” I shout back as we walk into my deluxe Riverside apartment. Isabel follows with her four inch heels clanking behind me. “He wants to kill you. I mean literally kill you.”

The clanking stops. “How is he planning to do it?”

I turn around to glare at her. Her eyes widen as the realization hit her.

I cross my arms to fight back her spell.

She cocks her neck and hip. “You cannot stand there and judge me for the same crime that you are committing. Your betrayal is far worse than mine!”

My hands thrust forward for her throat, lifting her up against my apartment door. She fights back, weakly. “You lied to me,” I hiss, feeling content with her body squirming beneath my strength.

“Please,” Isabel says without an ounce of air in her voice. “James...”

After a few seconds of fruitless struggle, Isabel’s eyes turn red and I release my grip. She falls to the ground and heaves. As she whispers endearments to me, thanking me for not killing her, I take out a bottle of Domn Pérignon I had been saving for a special occasion. The cork pops silently and I pour some champagne into a juice glass. I shake my head as I pour into a second glass for Isabel, already forgiving her for her betrayal. Isabel sits up against my apartment door and shifts her eyes between the glasses in my hands. Her bottom lip trembles slightly.

“You can choose the glass if you wish,” I say while rolling my eyes, satisfied with the fear I have instilled in her in the last few minutes. She makes her selection. “I was going to come over tomorrow night with this bottle for your fortieth birthday and Henry was going to make sure your champagne glasses were lined with rat poison. He was going to complain to the maid about mice and have her spread rat poison around the house.” I shrug my shoulders. “Accidents happen.”

Isabel rises to her feet before taking the glass from my left hand. I chuckle at the cliché of it all - the affair, the betrayal, the murder plot - and head to my living room couch. I take a long swig, rest my head back and close my eyes.

I hear a long slush sound, then a thump, and the sound of glass rolling on the floor. I turn my head towards the front door and find Isabel’s slumped down to the ground with her palms facing up. When I reach Isabel, my knees give out. I fall helplessly over her body and roll onto my back.

As I lay there struggling to take a breath, Henry approaches from the bedroom. He bends down on one knee, leans close to my face and whispers, “I owe you a big one.”