Stuck In An Elevator With Animals
Posted on March 7, 2014
If you've ever been stuck in a New York City elevator with an animal party troupe, people dressed in full-body animal costumes, with molded heads and ears that brush against the ceiling, then you know exactly what I'm going through right now.

A giraffe... yes a giraffe... turns to talk to a pink bunny, through the black netting in its neck. "Can you believe this crap, Jim? We're going to be late."

The green alligator turns and unknowingly bumps me with his foam tail. "We have a few minutes. He said his wife doesn't get off until five."

"It's two minutes to five," the brown turtle to my right says to his partners. "We're supposed to be there before she leaves. We're going to miss our window."

A gorilla lifts and drops his arms. "Great. Now we're not going to get paid." He tilts his gorilla head upwards as best he could and begins shouting. "Hello up there? Can anyone hear me? We're stuck in here."

"I don't think anyone can hear us," a brown moose with orange antlers says to the gorilla. "Maybe we should scream louder.

As if on cue, the giraffe, bunny, turtle, alligator, gorilla, moose, two toucans with a colorful snouts, and a porcupine start shouting up towards the ceiling. After a few seconds of roars and pleas, the large-headed lion waves his hands in a crisscross fashion and everyone shuts up. The elevator gets quiet as if someone just turned off the volume, and Cindy releases a loud chortle.

All at once, each giant animal foam head turns to face us. The elevator cords squeak and moan from the strain of the full elevator being stuck between the third and fourth floor. Sweat beads down my neck.

Cindy snorts and turns to face the wall to hide her laughter.

"Stop it," I whisper back to her, and then shrug my shoulders apologetically at the actors; hopefully they'll think she's just crazy.

"You think this is funny?" The lion says to me in a low rough voice, like he’s had one too many cigarettes. Suddenly it feels like the Sahara Desert in here.

"N-no." I elbow Cindy who seems to have lost all mental capacity as she fails to control her outburst. Another snort escapes her, and she whispers a halfhearted apology.

"And the heads," the giraffe says, "these freaking heads are all zipped up to the backs, so we can't take them off in here. And most of us are practically naked under these things." He scratches the side of his arm.

Cindy blows slow streams of air through pursed lips and stares up at the ceiling, a feeble attempt to control her laughter. She fans herself with her right hand.

The short toucan steps in front of the lion and says in high-pitched voice, "If she laughs one more time, I'm going to smack her."

Cindy releases another chortle. I can't believe I'm going to have to fight off these giant stuffed animals.

Just as the toucan lifts her wing, the black corded phone in the glass case behind me rings. All the heads turn to face me once more. Cindy is beet red. She presses her lips together to hold in her chuckles.

The phone rings again. The animals turn to look at each other and then look back at me.

The phone rings a third time and I slowly turn around to pick it up.

"Hello, this is Elizabeth Jameson, the building supervisor. Can you please tell me how many people you have there with you?"

I clear my throat. "We have twelve people here. It's getting kind of hot. They all have heavy costumes on."

The lion, apparently having heard the woman through the receiver, shouts, "Is that Elizabeth Jameson, wife of Patrick Jameson."

I nod back to the lion once she says, "Yes."

The lion turns around and immediately lifts his arms like a conductor standing in front of an orchestra. At once, all the animals begin to sing Lost That Loving Feeling by the Righteous Brothers.

I look at Cindy as the animals all sway side to side and sing in tune.  Why the animal costumes? It doesn’t matter. The costumes only add to the sentiment. I kiss Cindy and allow myself to smile and laugh at the whole situation.

Once the serenade is over, the lion says, “Happy Tenth Anniversary, from Patrick.”

Everyone hears Elizabeth cry over the receiver and the animals slap each other’s paws in victory. I can almost see them smile under their costumes.

“We nailed it,” one of them whispers.

The lion shushes everyone down with a hand gesture and shouts towards me, “Ok, can you get us out of the elevator now Mrs. Jameson. It’s hot as balls in here.” 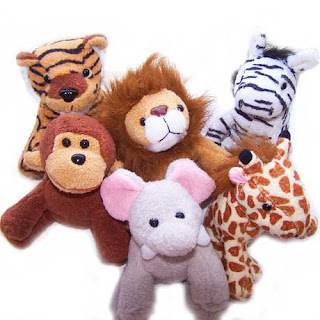