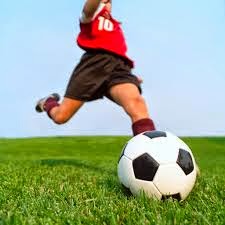 Alvaro excelled in his English language class, unlike all the other students in fourth grade. In Valencia, English is taught sparingly, with very little importance, but Alvaro loved it. As his love of languages blossomed, so did the pride of his English teacher, an Irishman, who moved to Valencia over twenty years ago. Mr. Kilridge had never seen any of his students show passion for the English language the way Alvaro did.

But aside from Mr. Kilridge, Alvaro never put his language training to the test, until one day at Turia Riverbed Gardens he saw a little boy staring at his soccer game. With his hands in his pockets and eager eyes, the little boy watched their match, following the ball so precisely that anyone would think he was controlling its movements. With the usual inviting manner he possessed, Alvaro asked the little boy if he would like to play.

The little boy didn't answer. He frowned sadly, shrugged his shoulders and looked at Alvaro quizzically. It was clear the little boy didn't understand what he was saying. Alvaro asked if he understood Spanish, and the little boy repeated his response: frown, shrug and a confused stare. Then, Alvaro thought to try to speak to him in English. What harm would it do? "Hi, do you speak English?" Alvaro said with a thick Spanish accent, trying his best to use the proper inflections, as Mr. Kilridge had shown him.

The little boy's eyes lit up. He smiled grandly and said, "You speak English!"

The two boys giggled as they exchanged Spanish and English sayings. After exchanging names, birthdays, and giggling at each other's weird accents, Alvaro told the little boy to join his team, and they spent the rest of the afternoon playing soccer.