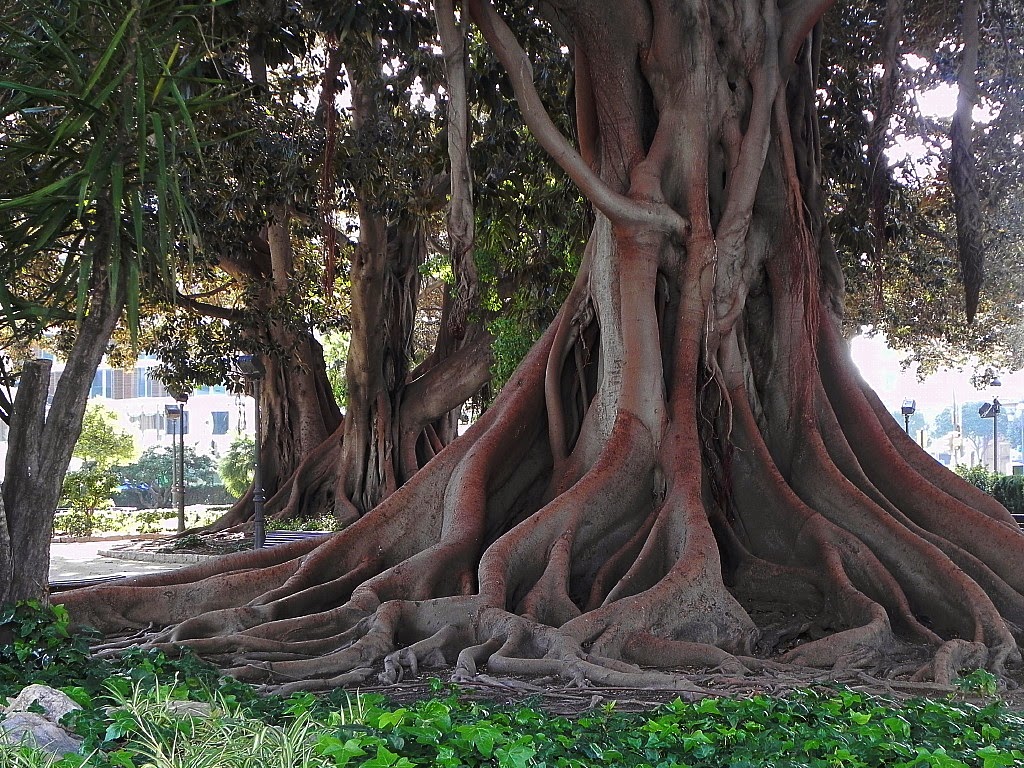 With the energy of ten bunnies running after the same carrot, Dante dashes towards a tall scary, tree at the end of the park. Although his mother screams after him, worried he will fall at any moment, Dante runs faster. He jumps up on a bench and, with his back arched like a skydiver, he jumps down to the ground, tumbles onto his back and then bounces up to his feet. The yelp from his mother doesn't stop Dante's urgency - he must get to the tree.

As he stands with his head staring straight up to the overhanging leafs of the ancient tree, Dante's mother tugs on his arm and turns him around to give him a scolding. She picks him up and walks back to the bench where they were sitting.

Being unable to communicate at such a young age, Dante simply points at the tall, scary tree and attempts to speak like an adult. He's trying to tell his mother that he heard the tree call out his name and invite him for a climb, but all that comes out of his mouth is, "Chree mia gonja kaly mee mowma."

Since his mother isn't paying attention to a word he says, Dante begins his freedom struggle. With his arms raised over his head, stretched out as straight as can be, and with his entire body weight falling limply to the earth, Dante slides out of his mother's hold. He runs towards the tree, shouting, "Chree mia gonja kaly mee mowma."

After battling with her two-year-old's strength, Dante's mother yells at his father to go and chase him. Luckily, for Dante, his father doesn't see the harm in allowing his son climb a tree. With slow, wide steps and exaggerated arm swings, Dante's father starts his fake pursuit.

As Dante finally reaches the tall, scary tree, he hears the tree's baritone voice say, "If you want to climb my trunk, Dante, I will help you."

With unintelligible sounds coming from his mouth, Dante says to the tree, "I want to climb all the way to the top of your highest branch. How do I start?"

The tree chuckles, causing its leaves to rustle. "I will make a staircase for you, Dante."

At the base of the tree, a branch rises and bends into a spiral staircase spinning all the way up to the highest branch. Giggling with delight, Dante starts his climb. One step after another, soon Dante is at the top of the highest branch. With careful balance, Dante tip toes out to the branch's edge. "I'm scared," he says to the tree. "I'm going to fall."

The tree chuckles once more. "Don't worry, Dante. If you fall, I will catch you."

"If you jump from my highest branch," says the tree, "then you will fly."

"Okay, Tree. Here I go!" Dante squeals as he takes his first leap as a soaring blackbird.

After enough pretend chase, much to Dante's mother's chagrin, Dante's father sits down on the grass and watches Dante run laps around the base of the tree, jump over its precarious root branches, shout baby-talk towards the thick trunk, and laugh with pure joy.