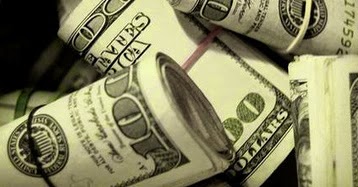 Ice cubes clink in the glass as Leandro shuffles his drink back and forth on the patio table. The jingling takes him back to the last time he had an ice-cold drink with his seven-year-old brother. Leandro was ten years old then, dirt poor, and sitting outside at a patio table at a local cafe in Sao Paolo. Cold sodas and pastries were extravagances Leandro earned on a lucrative day picking the pockets of rich tourists.

He wasn't a bad kid, only a child born to an unbalanced world where dishonesty brings more earnings than an honest living and local governments value maintaining luxurious appearances over feeding its people. The streets were the only way to go if you wanted to get out of poverty. Leandro grew up fast; his brother didn't make it past nine.

As Leandro waits for a refill of his water, he glances at his fine leather watch and wonders why Bernard isn't following his routine. He tugs on the sleeve of his gray, tailored suit when the waitress appears with a tall glass of water and an espresso. When he notices only one packet of sugar instead of the usual two, Leandro glances up at the waitress. "Where did Alicia go?" he asks.

"She went on her break," replied the waitress, walking away with her tray.

In the past four months Leandro and Bernard have been meeting at the cafe for breakfast, Alicia has never gone on a break. Leandro stands, unfolds a twenty U.S. dollar bill and leaves it on the table. He walks to the Hotel Bella Grand three blocks away while dialing Bernard's mobile number and sending him texts. No answer. He marches straight to an empty elevator and jabs the number six button, the top floor, the executive suite. As soon as the elevator climbs, Leandro pulls out his handgun and clip, and takes a deep breath as he mentally prepares himself.

When the elevator doors open, Leandro feels a hammer hit his chest three times. He flies back against the elevator wall and sinks to the ground. Blood drips through his pressed white shirt and down his sleek suit pants. Gasping his last bits of air, Leandro hears Bernard say, "You are certain?"

Alicia appears next to Bernard, staring down at Leandro. "He told me himself, last night, in bed, that he was going to kill you. He asked me to run away with him afterwards."

A puff of air pushes through Bernard's nostrils; he shakes his head at Leandro. "Why would he do this to me? I trusted him like my own son."

"He said you killed his brother six years ago."

Leandro gasps as blood floods his lungs. "He was only a child," he manages through the crimson red spit spilling over his lips.

Bernard squats to meet Leandro's last gaze. "I'm sorry, Leo," Bernard says, his eyebrows arched with sadness. "I didn't know your brother. It wasn't personal. It was only business."