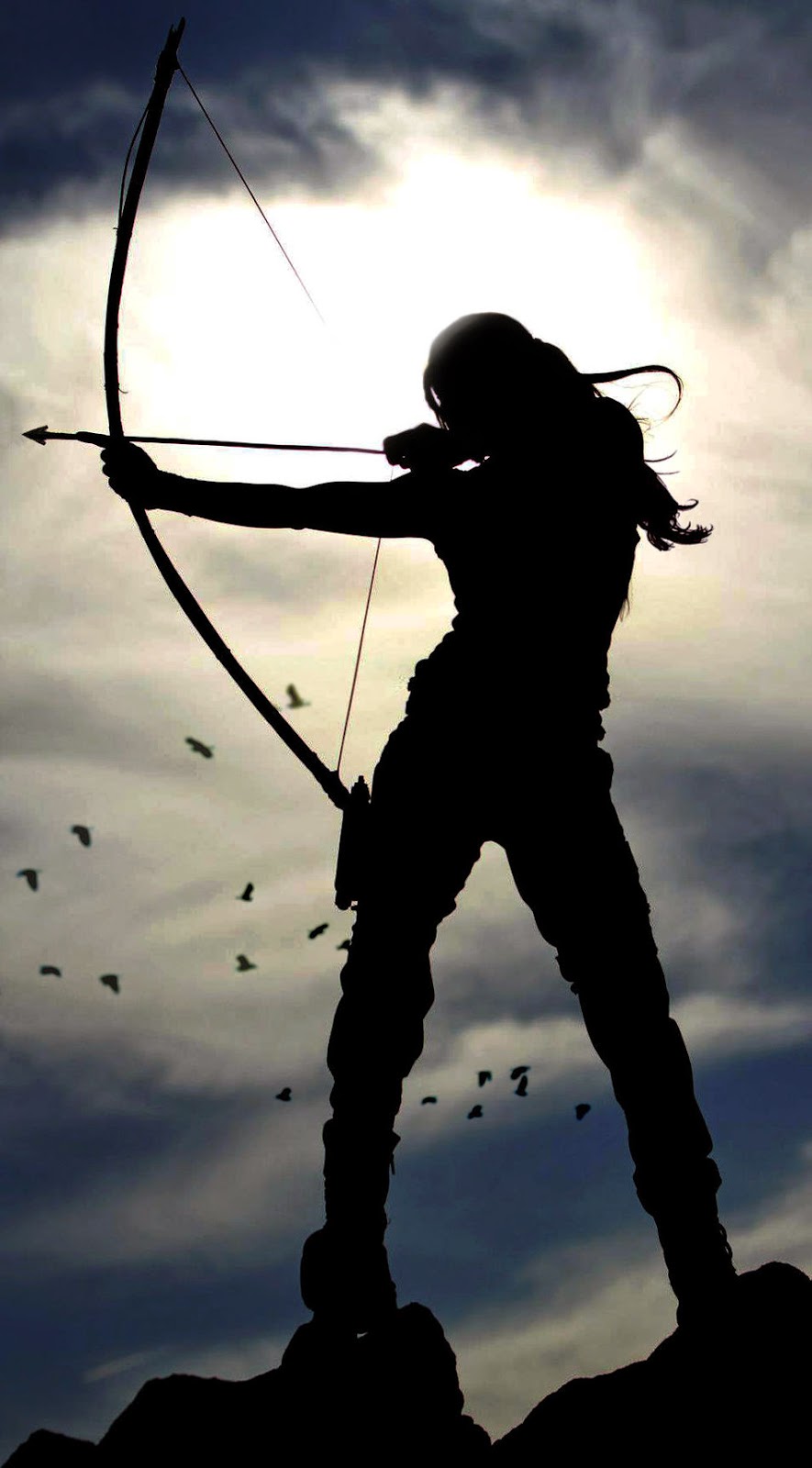 Dry leaves crackle under the soldiers as they march through the ancient forest. The metallic armor clamors against itself, announcing their presence. Myrna, high in a tree and blending with the leaves, watches them closely. She spots her target, the soldier with the backwards leaning gait, taking a bite of an apple. Myrna hisses as he throws the pit into a bush.

When the soldiers are far down the road, Myrna takes her satchel hanging on a nearby branch and climbs down the tree. Edward, who is in a tree on the other side of the road, climbs down to meet her.

"I believe that was the last of them. Was he there?" Edward asks as he picks leaves off his brown shirt. He picks out a leaf from the top of Myrna's curly hair.

"Third from the last. I recognize the lazy walk." She turns to him with a dark glint in her eyes. "We'll wait until nightfall." Edward returns a sad stare and nods. They follow the soldiers' path and climb out of sight just over the front of their camp. After pitching her satchel on a branch to her side, Myrna raises her arms and stretches her fingers, palms, and wrists to form different words. Edward nods in agreement to Myrna's message: Sleep now. I will wake you when the time is right.

When the moon is right over their heads and the stars light up the night sky with their colorful twinkle, Myrna wakes up from her nap. The soldiers are asleep except for two men Myrna spots at the front of the camp, sitting on tree stumps, their eyelids growing heavier by the second. She sucks her front top teeth to produce a low, repetitive "tsk" sound towards Edward to wake him up. Three soft clucks at the back of her throat tells Edwards that Myrna is climbing down from her tree. He lowers himself to the ground.

"He's in the last tent on the right," Myrna says as she kneels to unload her satchel. "We'll start with that tent."

"Are you sure about this, Myrna?" Edward says. "There are at least thirty men here. We can't take them all."

With a sigh, Myrna pauses her preparations. She stares at the piling leaves beneath her feet, barely visible in the moonlight for those unaccustomed to night foraging. "Did you know Katherine taught me to climb when I was ten? She taught me to shoot, to hunt, to camp, how to see at night... she taught me everything I needed to know to survive in the forest." Myrna stands and looks up at Edward. "Katherine knew the king was going to come after us. She knew, and she prepared me for it."

Shaking his head, Edward says, "Myrna, you can't just attack royal soldiers. They have weapons too."

"My aim is better than any of these men. I could hit each of their tents with a lit arrow in the middle of a wind storm if I had to."

"I don't doubt that, but this is an army. Grown men who are trained to kill you."

"Yes, a sixteen-year-old girl does not need a nanny, but you are thinking hastily, like a child. Although you are skilled at... well... everything... I can't just let you attack thirty royal guards. It's suicide."

Snapping up to attention, Myrna says, "I do not need your permission, Edward. Although I was promised to you, we never married. You are not my husband." She returns to her preparations. With steady movements, Myrna dips each arrowhead into the oil and spikes it into the dirt in front of her. When the arrows are ready, Myrna glances at Edward, who stands with his arms crossed, glaring. She takes a few breaths, walks over to Edward and gazes up at him with tenderness. "There is a mountain of dead people burning back in our towns because of these men. My sister was raped before she was sliced from navel to nose."

"I lost everyone too, Myrna. My father and mother, Little Ian," Edward's voice cracks and he quickly clears his throat. "I don't want to lose you."

Myrna stares at Edward's worried expression, her eyes lingering on his lips, and steps backward. "I will regret every day of the rest of my life if I let these men live. Is that what you want?"

Edward steps close to Myrna. "What I don't want... is to lose you," he whispers, gently taking hold of her hand and pressing it firm against his chest. "We are the only survivors of our clans. We owe it to everyone to survive this war."

The beat of Myrna's heart quickens as she buries her head in his neck, the warmth of his embrace engulfing her. They were promised to each other by their parents, and it angered them both when they heard the news months ago. They avoided each other as much as their clans allowed as a protest to the arrangement. When the soldiers pillaged Edward's town, he went in search of Myrna. He found her by the river, raped, beaten, and left for dead.

"I can't let them live," Myrna says. She pulls back from Edward's hold. "I owe it to Katherine, to my family... we owe it to our clans to fight back, to make them regret what they've done."

After a long, deep breath, Edward nods, knowing vengeance will consume Myrna's soul as long as blood courses the veins of these soldiers. He has no choice but to help her; leaving is not an option.

He sighs. "Let's line the perimeter of the campsite with oil first, light it on fire, and then hit the tents. The winds are flowing north, and the fire will spread quickly, so we'll run southward to the shores." He picks up Myrna's flask of oil and shakes it. He takes note of the quantity in his own bottle. "The camp is small. I will not take long. Wait for me here."

When Edward returns, he takes the flint and steel and strikes them together, sparking a small fire behind the boulder they're using as a shield. He takes the first arrow, lights the cloth tip on fire, and hands it to Myrna.

"This is for you, Katherine," Myrna says as she takes aim towards the starry sky and releases her arrow.