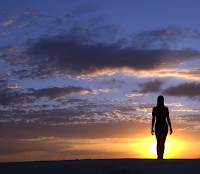 The phone rings a lot these days, now that my uncle’s doctors have estimated two more months before his body succumbs to the full potency of his cancer. I answer the phone and hear his scruffy voice between coughing fits.

“Good morning Uncle Eli. How are you feeling today?”

“Like a million bucks.” As he coughs I wince at both the sounds screeching through the phone and at the irony that his millions could not save him from an early death. Once his fit subsides, he continues. “I am down to two.”

“You’ve relocated all of them?”

“Yes, all the children have been place, except for two,” he says.

A jolt of electricity goes down my spine; I force myself to keep from inquiring about the last two orphans.

“All the others were adopted by colleagues who partook in the study, and some by the crew members who found them. They are in good hands,” he spurts out between a cough and a grumble. “I need to ask you for a favor.”

“No.” I know exactly what he wants. I have dreaded this conversation for months.

“I cannot just hand them off to anyone. All the children are special, but these two are truly unique. They both have a four-point-star birthmark smack in the middle of their right hands. It has to mean something.”

“Jeanine!” He interrupts me, following up with a rumbling cough. “I am dying, maybe within a few weeks. I am desperate. I need you to take them in as your own. If you don’t, then they will not survive. You know this is a fact.” Uncle Eli says with a stern tone.

I take a deep breath, remembering what he said about how the media, government, religious organizations, science community, and several others would exploit the existence of these children for their own interests; how their safety and longevity is only guaranteed in keeping their presence secret and in hiding the children within the human population.  When Uncle Eli and his researchers discovered the abandoned children in the middle of the desert, I'm certain they never expected to find twenty-six pairs of chromosomes with twenty-three pairs being identical to humans. What the extra chromosomes represent is still a mystery.

“Please don’t ask me to do this,” I whisper.

“The little girl is Sarah; she is approximately one Earth-year old. The other is her brother, Mike, who is five, approaching six. Jeanine, I am begging you. I have already handed off as many children as I could to people I trust. You are the only one I trust with these two. Don’t you see how important this is?”

Frank materializes at my side and snatches the phone from my hand as I wipe the tears from my cheeks. “Eli, Frank here. Explain the situation,” he commands with the tone of a retired U.S. Marine Commander. I struggle to take the phone back while Eli makes his plea. “Hold on Eli,” Frank says and puts the phone down by his thigh to muffle our conversation. “Jeanine, what your uncle is asking of us is remarkable.”

“There is so much we don’t know about this species.” I whimper, my hands trembling with fear. Frank takes my right hand and leads me to his desk.

“Jeanine, I saw your uncle’s reports. There is nothing to be scared of. Look here.” Frank opens a small envelope addressed specifically to him, from my uncle, and pulls out several photos. Two smiling, healthy children stare out at us from a four-by-seven.  I suddenly feel ashamed at how ready I was to toss the fate of these souls to the wind.  I trace the two heavenly faces with my fingertip, and then look up at my husband.

Franks burns me with a sad stare, his eyes glistening. “Maybe this is why we were never able to have kids of our own; we are meant to take care of these two children. Who else can give them the kind of care and protection they need but us?” He swallows hard, puts his rough, weathered hand against the side of my face and whispers softly, “They need us.”

With that I nod, and the thought of two small children in my large, empty house suddenly makes my chest ache with happiness.


The story truly begins on Sarah's 25th Birthday in 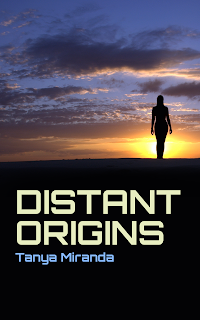