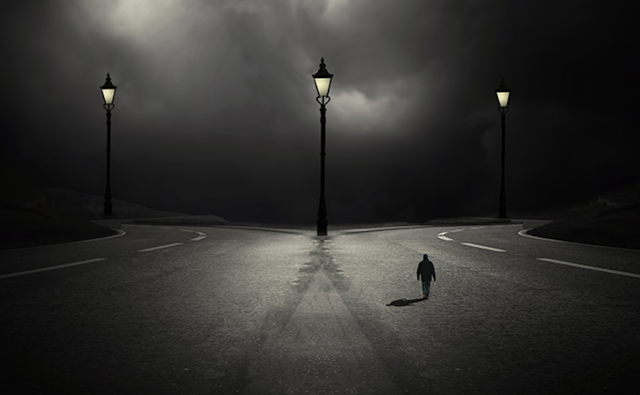 “There she is.” I point out the side of my classic 1964 Mustang at Kingsford's daughter, Annabelle, waiting at a bus stop.

“She's beautiful,” he says in a low voice.

Long, wavy blond locks drape over her raincoat as she paces along the glistening cement floor. She twirls her closed umbrella and stretches her neck to look down the street in search of the city bus. With the round tip of her black pumps, she kicks a stone and sends it clattering down the empty road.

I adjust myself in my seat and read the printout. "She's fifty-five. She has two grown children. Both healthy. One is studying to become a doctor."

Kingsford sighs. “Then it was not all for naught.”

At birth, Annabelle had a weak heart, and the doctors at the hospital gave her a month to live. Kingsford searched for other ways to cure his daughter.

Dr. Kreveski had a serum that was rumored to cure all fatal ailments, but it came with a steep price. “The cost is your death," Dr. Kreveski had said, grimacing, as if he didn't like having the cure. "You must trade in your death to give her life. You will never die.”

At the time, Kingsford didn't think much of the consequences -- his daughter was dying, and he was prepared to save her at all costs. In fact, he felt becoming immortal wasn't really much of a price at all. He jumped at Dr. Kreveski's offer, and when his daughter woke up the next morning full of energy, he knew he made the right choice.

But, after fifteen years without aging, people started to get suspicious of Kingsford's youthfulness, including his daughter.

One April evening, the town pastor pounded at Kingsford’s door with a slew of church followers screaming, waving flashlights, and calling him Satan. He and Annabelle weren't safe, so he left his daughter at a friend's house and led the mob out of their town and into the next neighborhood where they loyally followed. The crowd grew so big that it took more than a month to ward them off.

When he returned, Annabelle was gone.

At first, he thought the worst, but years later he found Annabelle alive and well and living with a church-going family. Just as he was about to approach her, he saw how much his daughter loved her new family. They were devout believers and, despite the rumors of her father worshiping the devil, this family took her in when everyone else rejected her.

When he had learned of all that Annabelle had suffered, he decided to stay away. He wasn't sure what his daughter believed. Did she think the rumors were true? How would she react to his youthfulness? How would his mere presence affect his daughter's new life?

He had to let her be. He had to leave her alone in her new life. Making contact would only hurt her. It was the only way.

That was forty years ago. Now, Kingsford narrows his eyes at Annabelle as she paces under a flickering cast-iron street lamp, her silhouette dancing back and forth with each pass under the yellow light.

"Do you ever regret it, Jacoby?" Kingsford asks, still staring at Annabelle.

“No,” I reply instantly. “My Olivia lived an entire lifetime. She died at ninety-eight instead of at three when she was infected with polio. She had children and grandchildren. She was happy.”

Kingsford turns slowly to face me. “Are you happy?”

His solemn expression is familiar -- I've seen it in the mirror. Seeing my Olivia grow up without me, witnessing her grow older than me, watching her die, wishing there was a way to kill myself, believing I was damned -- I was lost in this agonizing abyss for years, cursing myself, blaming the universe for the choices put in front of me.

But these thoughts don’t cross your mind when your child is in your arms dying. All you think about, all you know, is that you’d give up your life so your child could live, at any cost. At all costs.

Eventually, Kingsford will come to terms with his decision. He'll pass through the dark, bitter tunnel of insanity he's going through right now and come out the other side whole. We all do.

“I'm happy enough,” I say before clearing my throat. “We should leave before she sees us.” The engine hums when I turn the key.

"Right," Kingsford sighs deeply. “Before she sees the devil.”

This entry is part of the
Write...Edit...Publish
August 2018 Challenge 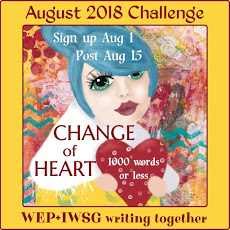 Main Photo Credit:
All Roads Lead To
by Philip McKay