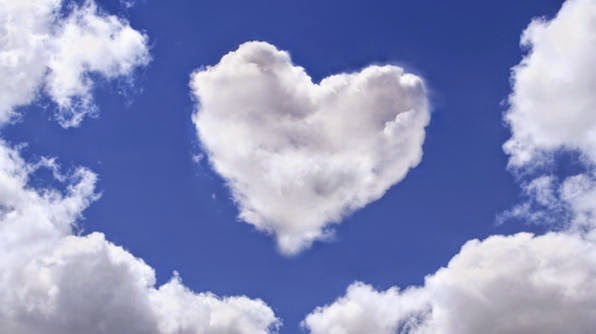 It was cloudy the day Octavio kissed Liana in the playground in fourth grade. After she had slapped his face, he fell on his back and lied frozen on the ground with numbness from both pain and glory, and he stared up at the sky and wondered why the clouds looked like white puffy hearts.

"That was hilarious." Brian smiles. "You had the goofiest look on your face."

The boys chuckle as they stand at the front gate entrance of their junior high school, watching the kids walk in and chatting about each one they know. Some the know from grade school, like Liana, but others are from other grade schools around town.

"Okay, who else have you seen?" Brian asks.

Being in seventh grade makes Octavio feel mature. He leans his back against the cast iron gate with one foot planted on the ground while the other pushes against the black steel behind him. He stuffs his hands in his pockets.  "No one else really," he says as a tall high-school-looking kid walks past them into the school's entrance. Both Octavio and Robbie stare at his chest and shoulders.

"Wow. That was Robbie. He used to be this tall," Octavio says with his hand placed on his chest with all fingers straight to indicate Robbie's height a few years ago. "Now, he's a giant."

"I know! Do you think he's taking steroids?" Brian says, eyes wide. Rumors of his steroid use started when he showed up at school last year looking like his older brother in high school, with bulging muscles and at least four inches taller than everyone else in sixth grade. "I think his parents want him to be a basketball player, so they're..." Brian gasps and lowers his gaze. "Don't look now but Liana is coming over."

Octavio stands from his relaxed position, straightens his back and shoulders, and turns to face Liana before she reaches him.

"Smooth," Brian whispers to the side.

"Hey Liana," he says, clearing his throat to get rid of the knot that popped in there.

"I'm in Advanced Math with," Liana raises a sheet of paper close to her eyes, "Mrs. McDougal. Are you in her class?"

Her smile makes Octavio's heart thump faster, and the way the wind picks up her blond hair as if she was in a photo shoot makes Octavio feel light headed. He takes a deep breath and looks at his schedule sheet, trying hard not to let the paper shake in his hands. Brian takes a few steps away from Octavio to stand behind Liana and looks at Octavio over Liana's shoulder. He smiles grandly and silently mouths the words, "Oh yeah, she wants you."

"Great! See you there." Liana's smile lasts only a second longer before she pivots on her toes and faces Brian. She catches him making an exaggerated "Oh yeah" expression at Octavio, and he quickly straightens his composure.

"I'm pretty sure you're not in Mrs. McDougal's class," she says to Brian, pursing her lips to the side and rolling her eyes.

"Uh," Brian says before looking down at his schedule. After another eye roll, Liana walks past him to the entrance of the school. "What's her problem," he says, watching her disappear into the crowd of students. "So, do you think Robbie..." Brian pauses when he sees Octavio leaning his shoulder against the gate, staring off into the sky with a crooked smile on his face. "Hello?"

The first bell rings, telling the student to get to their homeroom. Octavio blinks, stands at attention, and glances at Brian staring at him. "What?"

"You had that goofy look on your face again." He turns to follow the sea of students pouring in through the open gate.

As he thinks about Liana's blue eyes and the way she smiled at him, Octavio walks aimlessly inside and up the stairs.

Brian chuckles. "Dude, snap out of it! You're on the first floor."

"Crap!" Octavio says and runs down the stair to his homeroom.