Victoria Prepares To Meet Her Prince
Posted on April 26, 2015 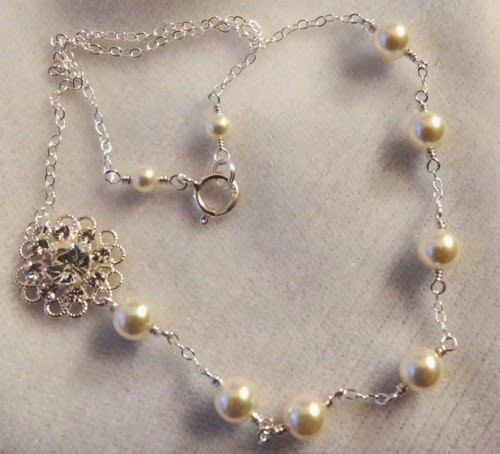 It never takes two hours to comb Princess Victoria's hair, but today is a special day, and her hair needs to be in a perfect do. The white satin dress with pink lacing her mother chose for her is and hanging next to her mirror. Pink and white mini roses are sitting in a bowl awaiting their adornment on the princess's head.

The queen sighs when the maid finishes Princess Victoria's hair. The princess scratches a tiny section on the side beneath her ear, and her mother slaps her hand down. "Leave that alone, you'll ruin it."

"But it itches. It's too tight," the princess says with a frown.

"It's perfectly fine. Prince William will love it."

"Prince William is a dork. Jenna told me he only loves his dog, Rufus. He probably doesn't even know how to ride a bicycle."

Gasping, Victoria's governess, Jenna, glances quickly at the queen who then signals her to leave the room. When the door clicks shut, the queen sits down next to her daughter and looks at her reflection in the mirror. "Prince William is a fine boy, and he will grow up to be a great man one day."

Victoria rolls her eyes and glances to the side, huffing through her nostrils. "If I have to marry him when I'm older, then why do I have to meet him now?"

"It is a formality in Grandasia."

"Yes dear, but in Grandasia it is customary for the parents of royalty to meet with the betrothed of their children every five years until they are married. The queen and king of Grandasia were here when you were born and on your fifth birthday, and they will be here today for your tenth birthday."

A long, heavy sigh escapes Victoria. She scratches the back of hear ear once more and lowers her hand before her mother slaps it. "I hate this."

"Hate what?" The queen asks as she reaches for Victoria's dress. "Wearing a beautiful gown instead of those worn threads you call clothes?"

"I just want to put on my clothes and go ride my bicycle and not have to wear my hair in a tight do and put on that dress and..." Victoria swallows hard. "I don't even like dogs."

The queen smirks at her daughter in the mirror. "You love Diamond. She's a dog."

"Yeah, but she's my dog. I don't like other people's dogs, especially those of boys who don't know how to ride bicycles."

"He's only eleven, my dear. If he doesn't ride a bicycle by now, I will tell his mother that you would like him to do, and she will address it."

"I bet I'm faster than him. I bet I can beat him at a race." Victoria looks up to her mother with excitement. "I'm the fastest one in school. Did you know that? I beat everyone in a race last week!"

The queen smiles and presses her lips to hold back a chuckle. "I know, my dear. Your brother told me."

She slumps back down into her seat and crosses her arms. "I'm not going to slow down so he can beat me. I slow down for no one. I beat everyone fair and square." She shakes her head and purses her lips.

"Well... that's perfectly fine. He will understand that. Now, lets put on your dress."

"And I'm going to wear whatever I want after we're married," Victoria says as she walks with her mother towards her bed to slip on the gown. "No gowns or up dos or anything like this."

"And I'm going to ride my bicycle every day, even if he never learns to ride," Victoria says as the gown slides over her head and shoulders and flows down past her waist. Her mother buttons the back of the dress and secures its fitting around the princess's body. When she walks back to the mirror, she gawks at her own reflection and inhales profoundly. "It's... it's... it's beautiful."

The queen stands behind her to put on Victoria's pearl necklace. "Now, do you think you can keep it clean for the rest of the evening?"

"I think so," Victoria says with smile, and then quickly turns around to her mother and says, "I still prefer my old clothes."

The queen shakes her head slightly, sighs, and says, "Yes, my dear, but not for tonight's dinner. Come now, the Grandasian royal family awaits."