De Colores
Posted on March 16, 2017
The pain struck her abdomen, as it did every morning for the past five years, with unrelenting might. Olivia pressed her pillow down on her stomach and breathed in deeply. Twenty breaths were the norm, and then the pain would dissipate, but today it was stubborn. Twenty-six breaths, twenty-seven breaths...

After forty breaths, Olivia was finally able to sit up. The wooden floors of her hundred-year-old house creaked with agony as she walked down a flight of stairs to the kitchen. A red robe too long for her short frame draped along the floor, and her slippers created a sound like sandpaper upon each step. She snapped her fingers the instant she reaches the refrigerator -- the doctor said no food today. Water was going to be her breakfast regardless how much her stomach growled.

The long-forgotten clattering noise of little girls getting ready for school suddenly filled Olivia's ears. She smiled as she recalled all the times she ran late, forgot lunches, and failed to signed various school forms, and other parenting mishaps. Being a widowed young mother to two independent girls wasn't easy, but they all survived grade school, and then high school, and then college.

The phone rang, and the bustling sounds faded along with her recollection. Olivia dragged her feet to the phone at the opposite end of the kitchen, sandpapering the white tile floor along the way. As she picked up the phone, she checked her cactus plants for new growth.

Olivia opened a bottle of water and took a sip before pouring some onto the base of her succulents. She emptied the bottle at the fifth and last ceramic pot in the set.

"Are you checking your plants?"

"You sound tired. Are you feeling okay?"

"The doctor said not to eat anything after 6 PM, so my stomach is angry at me this morning. I am a bit tired, but it may be just that I haven't eaten. You know how I get when I don't have food in my stomach."

"Cranky? In a bad mood? Cursing the gods?" Diana chuckled over the phone.

"A cheeseburger and fries."

"He said I can eat anything I wanted."

"He also said not to go crazy."

"I didn't. It was just one little cheeseburger and sweet potato fries. It won't matter anyway. The damage is done. And who knows when my next real meal will be."

"The doctor said that you would be able to eat a full meal by tomorrow afternoon."

Olivia huffed. "If everything goes well. Otherwise, I'll be on a disgusting fluids-only diet for a long while."

Olivia heard a cry in the background over the call, the sound of her only grandson calling out Mommy. Without warning, her eyes welled up with tears. She recalled watching the graphic video about the surgery, reading about the high levels of risk for someone her age undergoing the procedure, and learning of the accounts of patients who survived the surgery but with complications that severely altered their lifestyle. After spending the past week researching her condition and all the possible outcomes from the procedure, Olivia wished she hadn't. The internet is full of information, sometimes too much for one's own good.

"Mom, I have to get Jacob ready for daycare. Marlon and I will be over in about an hour. Do you need help getting ready?"

"I'll be fine," Olivia said, her voice shaking as the words came out.

"Oh, Mom. Please try to relax. Everything will be fine. I'll see you soon."

Instead of going upstairs to prepare for a surgery that would either kill her, cure her and/or potentially alter her lifestyle, Olivia commenced her morning ritual of tending to her indoor plants.

At one entrance to the living room stood two tall stalks of Kentia plants towering over several other species of the palm variety. With a damp towel, she wiped down each palm leaf as she began singing De Colores, one of the many traditional Spanish folk songs in her repertoire.

As her voice vibrated at the exact note, in the perfect pitch, making the song sound angelic to anyone lucky enough to hear her sing, Olivia completed bathing her palm plants with a small rain shower of fresh water from her spray bottle. She moved on to the mini orange and lemon trees standing at the base of the bay windows in her living room.

Once she finished the first stanza of De Colores, Olivia closed her eyes for a second and imagined her husband Emilio playing his guitar to the melody, shining his brilliant smile against his cinnamon skin as he sang the lyrics to their two toddler girls. Diana and Viviana took turns singing each section in their own delightful voices, in their inarticulate yet charming three-year-old words. De Colores was the first songs the girls sang along to, and the last one their father would play for them.

Upon opening her eyes, Olivia sighed and continued her work on the fruit trees.

While inspecting four bushy outdoor rose plants that were being stored indoors for the winter in her dining room, Olivia spotted new growth. She had wanted to trim the plant weeks ago once the winter season had given way to spring, but the pain in her abdomen became too much to bear. "Sorry darlings," she said to the rose bushes as she poured water into the soil. "Hopefully everything will go well, and I'll plant you outside in a week or two." One final spray of fresh water and she shuffles to the last section of her indoor garden, the lucky vine farm on her six-tier metal folding shelf.

"Now, you guys better behave," she said as she lifted the first vine branch and twisted it out of the tangled branches. The bright green color of the leafs prompted Olivia to start the song once more.

Her soprano voice grew more confident upon each word. Olivia raised her arms outwards as if she was performing on a stage, exaggerating her gesticulations, addressing a patron in the audience. She sang with a heavenly voice until the pain in her abdomen returned with brute force. Olivia dropped the plastic spray bottle onto the dining table and pressed against her stomach with both hands. "God damn it," she mumbled and began her breathing technique. Seven deep breaths, eight deep breaths, nine . . .

In the haze of dizzying pain, Olivia remembered when her husband passed away. That morning, Olivia awoke to a fraction of the man her husband used to be. The stroke came in the middle of the night -- inexplicable for a thirty-five-year-old man. The girls had slept over their grandmother's house, so they didn't wake up to witness their father's desperate attempts at speaking, or the pleading look in his eyes, or his last dying breaths. The last time the girls saw their father alive was the day before, smiling and playing De Colores on the guitar while they sang along.

Almost twenty years passed before the women would sing that song again. It was the birth of Olivia's grandson, Jacob Emilio, that broke the dark spell. A new life. A fresh start. Spring had finally arrived.

Olivia's thoughts skated between painful old memories and joyous new ones. She began her trek upstairs to prepare for her surgery and laughed as she recalled her grandson's silliness. Upon starting the shower, she sighed as she remembered romantic life with her husband, and cried from all the condolences at the funeral. Brightness and darkness danced in a sentimental whirlwind as her thoughts spanned the past and the present and all the memories in between. She laughed and cried and laughed again, shaking her head at her emotional inconsistency, but granting herself the freedom to feel it all.

And as the steam formed droplets of moisture on the bathroom walls, Olivia cleared her throat one last time and sang the song as if it was her last performance on Earth. With tears in her eyes, she concluded in her strongest, proudest voice. 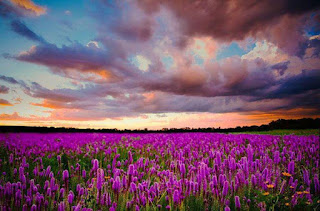